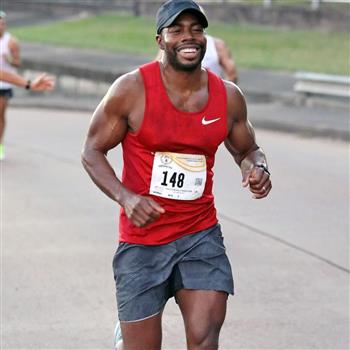 Thank you for visiting my website! I’m excited to share that I will be participating in the 2019 Chicago Marathon on October 13, 2019 as part of the Multiple Myeloma Research Foundation (MMRF) Team For Cures.

The work ahead of me? Run a 26.2-mile race, in under 3-hours, and raise at least $1,750 for the MMRF. Training for this event will be big challenge, but NOTHING compared to the challenges faced by patients with multiple myeloma.

You may be like me, who a few short months ago, knew nothing about this disease. Since January, I’ve come to learn that multiple myeloma is the second most common form of blood cancer. I’ve learned that over 30,000 people are diagnosed yearly and an estimated 12,000 are predicted to die each year from this blood cancer- I had no idea.

I was introduced to the idea of running for a cause, at a Christmas party last year, by my friend Amy. Amy has raised funds and run several races with MMRF. I’ve got to come clean, I originally considered running because I was guaranteed a spot in the Chicago Marathon. But as I learned more about multiple myeloma, I became convinced that this would be a great way to use my platform (as small as it may be) to inspire others, raise awareness and identify partners to champion a worthy cause. As fate (for lack of a better word) would have it, this mission of raising awareness and funds has recently become personal.

In March, I learned that my beloved Uncle Steve was diagnosed with multiple myeloma. After receiving one phone call, this disease moved from being a bit abstract to having a face and name to fight for. MMRF has always been a worthy organization to support, but for me, it has assumed a new level of significance- it’s personal.

Running for a cause has given me the opportunity to not just perform for my own satisfaction. It’s given me a chance to DO something tangible to help others; to be part of the ACTION that is helping fund and fuel important research.

The MMRF is one of the most highly regarded cancer foundations in the world. Nearly 90% of the total MMRF budget goes directly towards research and related programming. The MMRF is in the top 1% of all charities, having earned Charity Navigator’s 4-star rating for 16 years.

The Goal: Raise $1,750 to support this game-changing cancer organization!

The Ask: Please support my participation in the Chicago Marathon benefiting the MMRF. I have made a commitment to raise at least $1,750, and I need your help to get there. Please contribute whatever you can. It all adds up!

Together let’s partner to become part of the solution! Thank you in advance for your financial support and for your words of encouragement. Much appreciated.

10. JBJake Booth
Good luck Lee, you will have a GREAT RUN!!

14. JBJeannette & Jeff Bineham
Lee, Enjoy the run. We know you'll do well. Thanks for this opportunity to support this cause.

17. SNSophie Nop
Thanks for running for these meaningful causes, so proud of you!

Lee Rivers
Thanks to everyone that has made donations! I'm excited that the fundraising and race time goals WILL be reached in the upcoming weeks. It shall be done!

23. EHErica Henderson
Very proud (and inspired by) of you, Lee!

27. THThomas Huezo
Good luck on your fundraiser, Lee! You and Q are still like top 2 neighbors I've ever had.

30. BBurshtein/Hoke family
Thank you for raising money for this cause, Lee. My dad has MM. Best of luck to you on the marathon!